Japanese-style gardens first caught the public imagination in the U.S. at an 1893 world exposition in Chicago, became a sought-after feature in Gilded Age estates, and were later adapted to open-plan modernist homes.

© Provided by Associated Press This image provided by Robert C. Muschewske/ Summit Images, LLC shows a garden around a single family home in St. Paul, Minnesota. The courtyard shows the entry courtyard, where the landscape suggests an alpine meadow with a meandering stream. The garden in this image was designed and constructed by David Slawson. It was later restored and expanded by John Powell, of Zoen, LLC. (Robert C. Muschewske/ Summit Images, LLC via AP)

Today they have evolved, and continue to inspire garden design at a time when many people are trying to forge a closer connection between indoor and outdoor spaces.

“One reason that gardens are so successful in Japan is that the house-garden relationship is set up to be so integrated. There are large views of the garden, and more unobstructed views. Gardens are enclosed and surround the house, so it’s as if your living space extends out much further," says Asher Browne of Oakland, New Jersey, who trained in Kyoto, Japan, and now creates Japanese-inspired gardens for clients in the United States.

"That aesthetic is definitely catching on.”

© Provided by Associated Press This image provided by Robert C. Muschewske/ Summit Images, LLC shows a home in St. Paul, Minnesota. The garden evokes a rocky lakeshore with a placid dry lake of gravel. The surrounding planting is manipulated to provide enclosure in a "distilled" style that celebrates the natural landscape of Minnesota, particularly the north shore of Lake Superior and the spectacular Boundary Waters. The garden in this image was designed and constructed by David Slawson. It was later restored and expanded by John Powell, of Zoen, LLC. (Robert C. Muschewske/ Summit Images, LLC via AP)

Japanese garden design in this country has moved well beyond stereotypical features like lanterns and imported Japanese cherries and maples, says Sadafumi Uchiyama, chief curator of the Portland, Oregon, Japanese Garden and director of the International Japanese Garden Training Center there. Uchiyama is a third-generation Japanese gardener from southern Japan.

At first, he says, Japanese gardens in the U.S. “copied the stone lanterns, water basins and stepping stones. But gradually, they started to design more original and authentic gardens. We are now getting a much closer look at quality,” with more widely available books and expertise.

Browne says that in the Japanese aesthetic, garden spaces are linked with interior spaces so that each view from a home is a perfectly composed, almost painterly, view of the garden around it.

“In Japan at least, it seems that there is one core idea that has come down over centuries, and that is the idea of bringing the beauty of nature into daily lives,” he says.

Other aesthetic concepts he says are widely appreciated now are asymmetrical balance, and the beauty and importance of rocks, stones and boulders as the “bones” of a composition, which can then be filled in in a supportive way with plantings.

John Powell, a garden builder and pruning specialist from Weatherford, Texas, who trained in Japan, says he was attracted to Japanese gardens by “the seamless connection between interior and exterior space, which is evocative of the larger natural world, sometimes in a very compressed space.”

“That is a big change from the U.S., where the landscaping was traditionally there to dress the exterior of the house, but was very disconnected from interior space. I think especially today, that idea of connecting the indoors and the outdoors is an aesthetic that a lot of people strive for,” he explains.

The Japanese garden aesthetic “is very simple sounding, but it’s the most difficult thing I ever thought of in my life,” explains Powell.

As for sustainability, there's been a major shift in thinking about Japanese-style gardens away from specimen gardens, which tend to feel a bit like a botanical garden, and toward greater use of plants adapted to local environments.

Landscapers specializing in Japanese garden aesthetics say one persistent misconception is that these gardens are low-maintenance or even maintenance-free.

Nothing is maintenance-free, and sometimes Japanese-style gardens involve even more maintenance than other gardens, they agree.

“It’s not so much about massive cleaning and pruning projects, but about constant small actions. Every time I walk in the garden I pick up a few pine needles, a bit of trash or a few leaves,” says Uchiyama.

“In Japan, only about 20 percent of the land is habitable, so people learn to care for their environment. One way is to do incremental cleaning and maintenance. It’s about an approach, about caring, and how you see things.” 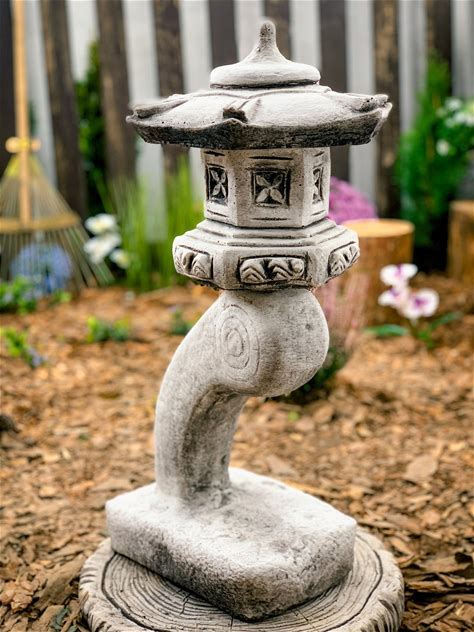 ‘Bringing nature in’: Japanese gardens speak to the moment

Read ‘Bringing nature in’: Japanese gardens speak to the moment by Associated Press on MSN.com

Read Audubon First Friday, Nov. 5: The Gardens Of Chautauqua Institution by The Post-Journal

Read Man restores fountain at Blue Grass Memorial Gardens with special meaning behind it by Lexington WKYT on MSN.com

‘Working from roam’: Brits embrace office-place diaspora, logging on from gardens, pubs, gyms — and from abroad

Read ‘Working from roam’: Brits embrace office-place diaspora, logging on from gardens, pubs, gyms — and from abroad by Digiday